Khabib is ‘happy with his family’ and ‘making money without having to fight’, says Cormier as he plays down UFC return

KHABIB NURMAGOMEDOV will never return to the UFC as he’s “happy” with the life he’s carved outside of the octagon.

The undefeated Russian brought the career down on his Hall-of-Fame in October 2020 – three months after the tragic passing of his father Abdulmanap.

Nurmagomedov has remained busy, though, coaching his team-mates and cousins along with fronting the up-an-coming Eagle Fighting Championship.

And the Dagestani destroyer’s good friend and team-mate Daniel Cormier believes the former pound-for-pound king is more than content with his new life.

“He’s, uh, he’s happy. And that makes me happy. All you want for your friends is for them to find a place where they’re happy, and they’re okay with everything that’s going on. 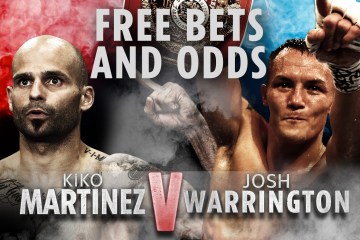 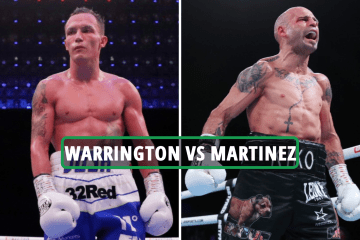 “And that’s the number that I’m doing now, right? He’s coaching. He’s with all of his teammates.

“He’s got his Eagle FC promotion. Yeah, he’s just busy. He’s busy. And he’s working. And he’s making money and he’s not having to fight.

“And the guy is very happy in life right now with his family and his kids.”

Nurmagomedov, 33, briefly flirted with the prospect of returning to the cage last January but ultimately opted to remain retired.

And Cormier believes The Eagle would’ve continued to dominate all comers in the stacked lightweight division had he decided to compete again.

He said: “I believe he could have done it as long as he wanted to.

“I don’t think anybody was going to beat him. I really don’t.

“And I don’t say that because of my relationship with him.

“I just say it because I would watch him compete with these guys and it just seemed like he was he was operating on a completely different wavelength than anyone else who’s fighting.”

The undefeated Nurmagomedov will be inducted into the UFC Hall of Fame during International Fight Week in July.

UFC president Dana White said of Nurmagomedov’s imminent induction: “Khabib is one of the greatest athletes to ever compete in professional sports.

“No one dominated their opponents that way Khabib did, and to retire undefeated, as lightweight champion and the number one pound-for-pound athlete in the world is an incredible accomplishment.

“It will be an honour to induct him into the UFC Hall of Fame this summer.”

Monster Energy’s new series ‘All On The Line’ also heroes Rose Namajunas and Daniel Cormier. Between them, the three athletes have been at the centre of some of the most explosive UFC moments that transcended the sport and made headlines around the world.

Monster Energy is offering fans the chance to win a trip to UFC Fight Week in Las Vegas in July 2022. To find out more and to enter, head to www.monsterenergy.com/ufcgb22