PAIGE VANZANT claims UFC ‘doesn’t pay enough’ for her to return as she prepares to headline a bare-knuckle fighting event.

But she’s only suffering from mild Paige wage rage as she still ‘loves’ MMA.

The 27-year-old is due to switch back to bare-knuckle encounters at London’s Alexandra Palace in July – two years after her last UFC bout.

And she told MMAFighting.com: “I know in my heart that I will never fight for them (UFC) again, just because they don’t pay enough.

“I don’t see the benefit of going back to the UFC.

“Right now, I’m fortunate enough, I built myself up to a specific place and I can take that and use it wherever I go.” 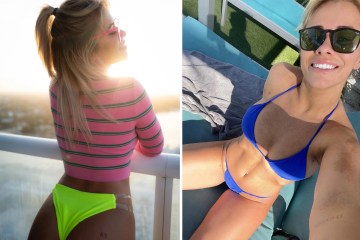 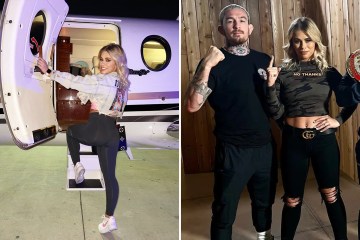 VanZant‘s UFC career never quite matched the hype and hope.

She was ruled out of The Ultimate Fighter 20 in 2014 as she was too young.

And after opening with three wins, current strawweight champ Rose Namajunas beat her.

Three losses in the next five bouts followed.

And in August 2020, a month after her last defeat, she agreed a return to bare-knuckle fighting.

But she stressed: “I love the UFC. I love the organization.

“They have a well-oiled machine and they’re very, very good at it.”