YOUR iPhone is awash with handy features that can save you time as you go about your day.

The trouble is, some of them are easy to miss if you don’t know where to look – here are five that may have passed you by.

1. Turn the Apple logo into a hidden button

The Apple logo on the back of your iPhone is actually a secret button.

The little-known feature makes life much easier – letting you take screenshots and change the volume by simply tapping the rear of your handset.

To turn on the feature make sure you’ve updated to iOS 14 or later. To do that, go to Settings > General > Software update.

Then go to your Settings. Scroll down and tap Accessibility > Touch > Back Tap. You have the choice to turn on Double Tap or Triple Tap.

Whichever you select gives you the same options.

Click to see which features you can now control with either a double or triple tap on the back of your phone. 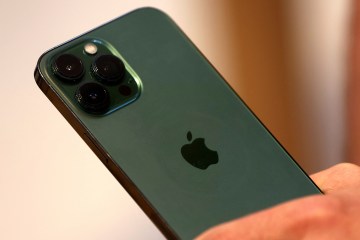 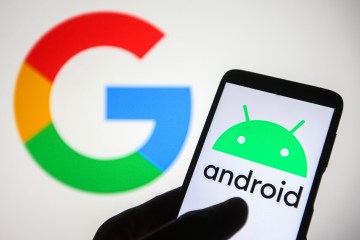 They include taking screenshots, turning the volume up or down, magnifying your view on your display, scrolling up or down a page, and more.

For example, if you wanted to use a Double Tap to take screenshots, hit the Double Tap option and then select Screenshot.

Now you should be able to take a screenshot just by tapping the back of your phone twice.

On your iPhone Home Screen, tapping and holding an app – known as a long-press – will open a quick menu containing shortcuts to its most popular features.

Simply tap on one of the options to quickly launch the app with the feature of your choosing at the ready.

Long-pressing the camera app, for instance, lets you quickly tap to record a video, take a selfie, tape a portrait photo and more.

Tapping and holding on the Notes app allows you to quickly open a new note, add a photo or scan a document.

This hidden keyboard trackpad trick lets you go back and forth between each character in a text without having to furiously tap the display.

It’s useful if you don’t have nimble fingers and find it hard to tap on the precise letter you need to edit within a textbox.

While using the iPhone’s default keyboard, simply hold down the space bar when you’ve typed some text.

The keys will turn blank and the cursor on the screen will enlarge.

You can move your finger from left to right along the blank keyboard to swiftly move the cursor back and forth.

4. Record a soundtrack as you shoot video

There’s a handy way to jazz up your iPhone videos with an epic soundtrack.

Simply play some music through your mobile’s speakers using your preferred music app, such as Spotify or Apple Music.

With your tune still playing, open up the camera app. Make sure your camera is set to photo mode – not video.

Tap and hold the shutter button and drag it to the right. Your iPhone will begin recording a video while your music continues to play in the background.

5. Shortcut to jump to the top of a page

You can quickly jump to the top of an app page or website by tapping the top of your screen.

This little-known shortcut saves you from scrolling up repeatedly when you want to go back to the start of whatever you’re reading.

Once at the top of a page in Safari and third-party apps such as Google Chrome, you can pull down the screen and let go to refresh an app or website.

Looking for tips and hacks for your phone? Want to find those secret features within social media apps? We have you covered…

PS Plus Collection for PS4 games shutting down in May