YOUTUBE boxing star KSI has revealed his hitlist of opponents – with Jake Paul topping the lot.

But the British social media sensation has big plans for the future as he named his boxing targets.

“We got Jake Paul, Dillon Danis, Austin McBroom and any of you other p****s that want it.”

Paul, 25, is the most successful celebrity fighter, currently standing at 5-0 with his next fight on August 6. 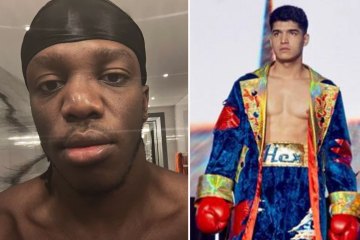 Paul’s brother Logan, 27, drew with KSI, 29, in 2018 but lost their rematch by split-decision when they turned pro a year later.

KSI is yet to fight since but returns against Wassabi, 32, who beat his brother Deji in March.

Danis, 28, is a 2-0 MMA fighter but he is most commonly known as Conor McGregor’s training partner.

The jujitsu champion has not competed since 2019 and has become a regular internet troll in his time on the sidelines.