Who is Valentina Shevchenko and what’s her UFC record?

VALENTINA Shevchenko is the pound-for-pound number one ranked female mixed martial artist in the world.

Who is Valentina Shevchenko?

Competition runs deep in her veins – Valentina and her sister, UFC fighter Antonina Shevchenko, were born in Kyrgyzstan, where their mother, Elena Shevchenko, is the president of the national Muay Thai Association.

Valentina is a big advocate of the effect the UFC is having on women’s MMA, going against all Dana White proclaimed a decade ago when he said that women would never fight in the promotion.

What is Valentina Shevchenko’s UFC record?

Valentina boasts a UFC record of 23-3-0, and her record-setting six consecutive title defences makes her the most dominant fighter in MMA today.

Her first and win in UFC came back in 2015 when she defeated Sarah Kaufman (-61 kg) by a split decision. 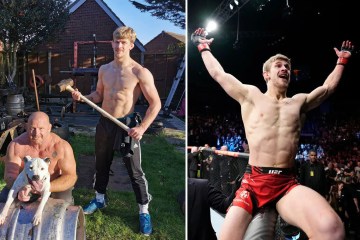 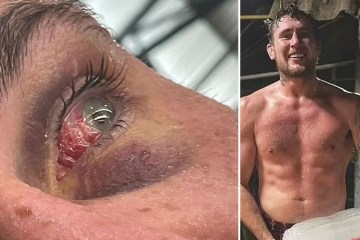 Since then, her UFC career has gone from strength to strength, and became the UFC Flyweight Champion in 2018 with a win against Joanna Jędrzejczyk, (-57 kg).

Is Valentina Shevchenko dating anyone?

One of the mysteries around Shevchenko is the fact that she has always managed to keep her private life just that.

It is rare that you will see much about who she is or isn’t dating.

Currently, she is believed to be single.

While the focus is well and truly on her in the octagon, outside of it Valentina likes to keep her personal and love life private.

Something that not many people are likely to question, boasting six consecutive defences of her flyweight crown to date.