CONOR McGREGOR has been arrested for dangerous driving, reports in Ireland claim.

The UFC star was allegedly detained in Dublin on Tuesday after driving in his Bentley Continental GT between Lucan and Palmerstown.

McGregor, 33, is alleged to have been pulled over by local police before being arrested ‘for road traffic offences’.

According to the Irish Independent, McGregor was then hauled in to the police station in Lucan before being subsequently bailed.

The Notorious’ car was reportedly seized at the scene before eventually being returned to the former two-division UFC champion.

It’s claimed that McGregor will now have to appear before Blanchardstown district court in April – having previously been fined around £330 at the same venue in 2017 for speeding. 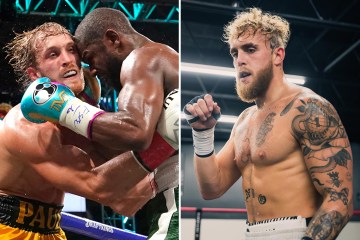 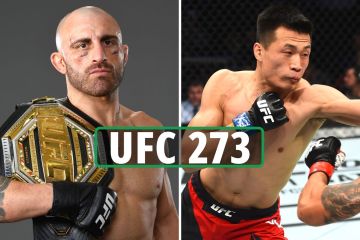 A local police spokesman confirmed to the Irish Independent that a man was detained ‘in relation to the incident’.

Their full statement read: “Gardai arrested a man aged in his 30s in relation an incident of dangerous driving in the Palmerstown area yesterday evening, Tuesday 22nd March 2022.

“The man was taken to Lucan Garda Station where he was later charged. He has been released pending an appearance before Blanchardstown District Court at a later date.”

The Irish Independent add that a dangerous driving charge in Ireland can carry punishments of up to £4,100 in fines and even a potential six-month imprisonment.

McGregor has received a number of previous driving convictions, and pleaded guilty in 2019 to common assault.

McGregor has recently been spending a lot of time in his homeland as he works his way back to full fitness after breaking his leg at UFC 264.

The fighter has reportedly bulked up to 190lbs, having been largely limited to weight training due to the nature of his injury.

He is expected to be targeting a competitive return later this year, and recently talked up a bout with 170lb champ and pound-for-pound king Kamaru Usman.

The Nigerian subsequently appeared to mock McGregor’s call out, tweeting: “You guys want a murder scene in the octagon.”

UFC president Dana White confirmed over the weekend that McGregor would be flying out to Las Vegas to discuss his next opponent.

The American said: “He’s coming into Vegas, we’re getting together and we’re gonna talk. We’ll see what’s next.

“Any Conor fight is good money-wise.”