JAKE PAUL has been offered a route into MMA by the Professional Fighters League.

Paul is 5-0 as a boxer but has teased a switch to the cage before, having had a successful high school wrestling career.

But a debut in the UFC appears off the cards due to the YouTube star’s ongoing feud with Dana White.

Paul is spoken highly of by Peter Murray, PFL’s CEO who is refusing to close the door on working with the prizefighter one day.

Murray said on The MMA Hour: “We have a relationship with Jake.

“And listen, you think about what Jake has built for himself, now as an athlete versus where he came from. 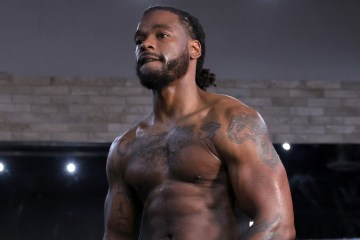 “What he’s taken on and the opponents and the platform he’s built, it’s nothing short of impressive.

“And he’s ambitious, from a business perspective as well as an athlete.

“And should he want to take on MMA, that’s something that we’d certainly be excited about.”

The PFL consists of a two-bout regular season, where points are earned per method of victory.

Then, the top four in each weight division progresses through to a semis and final format, with eventual victors winning a $1m prize cheque.

But money is no object for Paul, who made $40m in boxing alone last year.

He was due to return on Saturday in New York, one day after PFL’s first semi-final of the year.

But his bout with Hasim Rahman Jr, 31, was cancelled amid a weight disagreement between the two.