UFC Paris: Nathaniel Wood hopes to thrust himself on to brink of featherweight top 15 with ‘statement” win over Jourdain

NATHANIEL WOOD is hoping to put himself on the cusp of the featherweight top 15 with a win over Charles Jourdain.

The former Cage Warriors bantamweight champion is back in action on Saturday night on the main card of UFC Paris – just five weeks after doing the business at UFC London.

Wood’s clash with fan favourite Jourdain marks his second outing at featherweight, his first being a decision victory over Charles Rosa at the O2 in July.

And an equally as impressive performance over the highly-touted Jourdain will likely put him on the brink of mixing it with the featherweight division’s elite.

The Prospect told SunSport: “I think so, with a big win. If I can finish him, and do it in spectacular fashion, I think that puts me almost at the rankings.

“So I’ve just got to go out there and do what I do best. 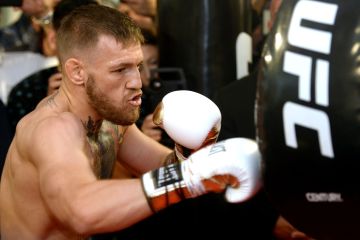 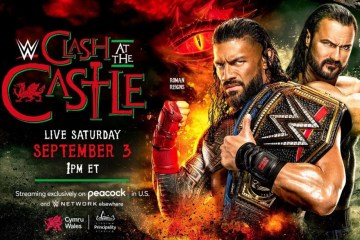 “And if I can get a nice finish, then I think that makes a statement to the UFC in where I should be in those 145lb rankings.”

The Londoner made the perfect start to life in the octagon following his Cage Warriors graduation, winning his first three outings.

The GB Top Team standout has gone 2-2 in his last four fights but insists he wouldn’t change a thing about his journey in mixed martial arts’ premier promotion.

The 29-year-old said: “I’ve loved every minute of it. Obviously, the John Dodson fight was one of those where [I] got caught.

“Watching the fight back, I think it was very close. The last round was, if I was inching in a different angle, maybe I would’ve knocked him out.

“And the Casey Kenney fight, man, I think I won that fight.

“I’m not bitter about it, but don’t look at that fight and think, ‘Yeah, I got smashed’ or anything like that.

“So I’ve been enjoying every moment. The UFC look after us, it definitely helps my bank balance.

“It’s been a good journey so far and I look forward to the future.”

Before Wood can think about testing himself against the featherweight division’s big boys, he must first get through the formidable Jourdain – who is 2-1 in his last three.

The Canadian’s attack-heavy skillset impresses Wood, although he sees holes he’s looking to exploit in his fan-friendly style.

He said: “A lot of the stuff he throws with his striking is very dangerous, a lot of spinning shots or what have you. But he leaves himself open.

“He throws a lot of shots and leaves his chin there [to be hit]. He loves a leg kick, he’s very good at throwing his leg kicks.

“But he leaves his leg there. So every time he goes for his shot or his move, I’m going to be waiting and I’m hopefully going to be two steps ahead of him.

“It’s risk versus reward. I think a lot of the stuff he throws is very rewardable, but it’s also very risky. Things like jumping knees, that sort of stuff.

“If you miss it, you’re going to be in a bad position and I’m going to capitalise on it.”

Wood has his sights set on bagging a £43,000 bonus with a stunning stoppage of the durable Jourdain.

He said: “I see myself getting a TKO win or a knockout win in, I reckon, the second round. Maybe the third round.

“But I think it’s going to be one hell of a fight. I hope Dana White has got his chequebook ready.”