‘No excuse, it is horrible’ – UFC boss Dana White apologises after video shows him slapping wife on New Year’s Eve

DANA WHITE has issued a public apology after footage emerged of the UFC president slapping his wife.

The couple attended a New Year’s Eve party in Mexico, where the incident occurred.

In footage obtained by TMZ, White could be seen scuffling with wife Anne before they were split up by bystanders.

The 53-year-old appeared to grab Anne’s arm, before she aimed a slap at him.

White then slapped his wife twice before they were separated.

Addressing the incident at nightclub El Squid Roe in Cabo San Lucas, the American said: “I am one of the guys who says there is never, ever an excuse for a guy to put his hands on a woman and now here I am on TMZ talking about it. 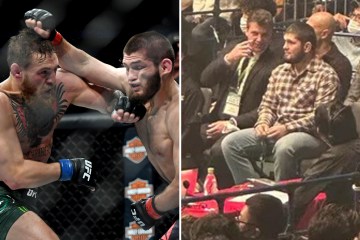 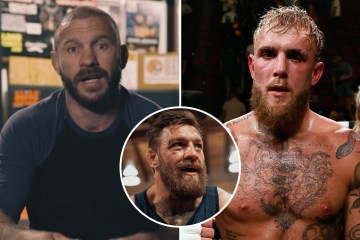 “This is one of those situations that is horrible. I am embarrassed.

“We have three kids and since the video popped up, we have shown the kids and we are more focused on our family right now.

“People are going to have their opinions on this and people’s opinions would be right, especially in my case. You don’t put your hands on a woman, ever.”

Anne added: “To say this is out of character for him is an understatement – nothing like this has ever happened before.

“Unfortunately, we were both drinking too much on New Year’s Eve and things got out of control, on both sides.

“We’ve talked this through as a family and apologised to each other.”

White previously stated that there would be no way back for a UFC fighter if they partook in domestic violence.

He said in 2014: “There’s one thing that you never bounce back from and that’s putting your hands on a woman.

“Been that way in the UFC since we started here. You don’t bounce back from putting your hands on a woman.”

White and wife Anne have three children together, having been married since 1996.

The UFC is currently on its winter break, with its last event having taken place on December 17.

Their next show is booked to take place at the UFC Apex in Las Vegas on January 14, and will be headline by the middleweight bout between Nassourdine Imavov and Kelvin Gastelum.